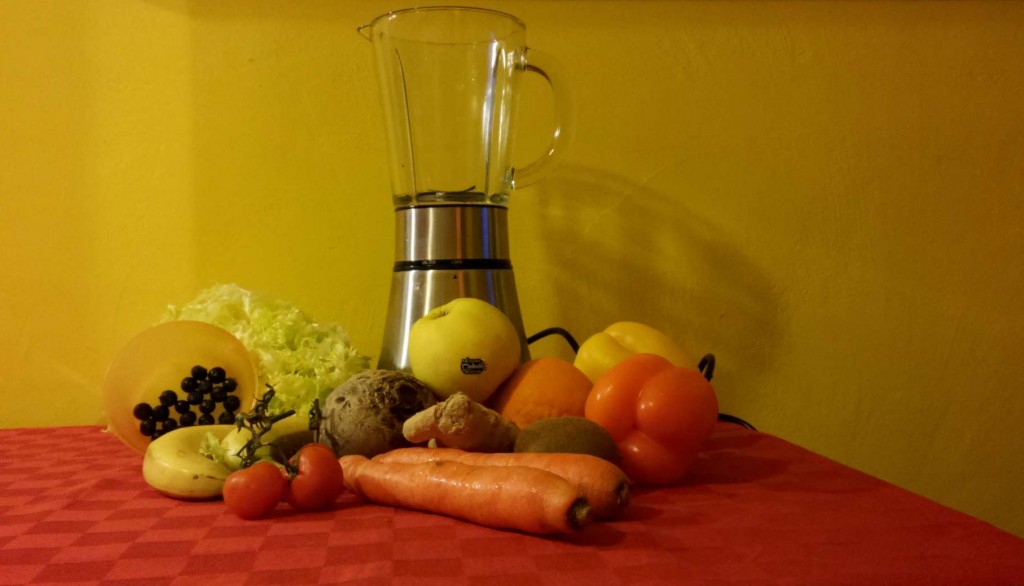 It’s about time. More information in the media should be dedicated to the fact that eating lots of animal products – meat, above all red meat – is bad. Eating raw fruit and veg is good. Good for you, good for the world. But in this top ten it’s not about the ethical question. It’s about our health as people.

1. You can survive without meat
One of the great lies of many nutritionists is that meat and/or fish is essential for a healthy diet. Not true. There is everything you need in plant-based products. Many plant products contain some amino acids (the building blocks of proteins), soya contains all eight of them. Millions of people survive on vegetarian and vegan diets. Even some sportsmen and women.

2. An armoury of organic chemicals
Fresh fruit and vegetables contain all sorts of different substances, complex vitamins, pro-vitamins, enzymes, catalysts and more, often dedicated little attention and little research. They are very useful to the human body, which every day has to construct and reconstruct tissues, and fight pathogens, disease and mutant cells. Often the body already has the resources it needs to combat disease, but sometimes, there are micro-elements and minerals in short supply. Fruit and vegetables can supply these and give the body the weapons it needs.

3. The body has forgotten how to make some substances
One of the great mysteries of biology is why plants have far more genes than humans who would seem to be far more complex. We have around 20,000 genes, plants have at least 50,000. Why? One theory is that plants have to have their own resources for many situations which a mobile animal such as a man can solve in different ways. For example, if a man is thirsty, he can wander around until he finds some water. If a plant gets into a drought situation, it has to adapt its metabolism. It does this by switching on some different genes and manufacturing new proteins that help it to survive. Over the course of evolution, the development of animals and humans has been accompanied by a reduction in the number of genes, presumably something that is beneficial to an animal’s way of life, and made possible by the variety of organic materials that an animal can take in as part of the diet to make up for those missing substances. These substances are in raw fruit and vegetables.

4. Proof from the plant world
The idea that animals have ‘forgotten’ how to make certain substances because they have become accustomed to sourcing them from the plant world is confirmed by an analogous process in the plant kingdom itself. Fruit trees can suffer from a fungal infection called canker, which would be fatal to the tree without the contribution of certain organic chemicals synthesized by the green algae that colonize the trunks and branches of trees. Algae are very simple, monocellular organisms, and they just sit on surfaces and synthesize everything that they need to survive. Most of the time, they don’t need the stuff that they are making, so they simply secrete it. The tree, far more advanced than algae, absorbs these organic macromolecules through the bark and uses then to combat infection. They have become so accustomed to getting these bonus substances from algae that without them, they are at risk of succumbing to canker.

5. Plant-derived substances that combat ageing
The objective of cosmetics companies such as Lancôme is to keep the skin youthful, and their research shows that skin has its own stem cells capable or regenerating young skin tissue. Ageing occurs because while the number of skin stem cells doesn’t change with age, their function does. This depends on the micro-environment in which they live. In the quest to find substances that can help create the right environment for skin stem cells, researchers have dedicated their attention to plants, which contain their own stem cells which can be isolated and cultivated in a bioreactor. These cells generate a range of molecules which, when applied to the skin, prompt the local production of growth factors which in turn stimulate tissue regeneration by the stem cells, ultimately keeping skin younger for longer. Cosmetics companies are doing all this to make money. But just imagine the same effect on the entire body! Imagine flooding all the tissues with substances that help the body fight disease and stay young! 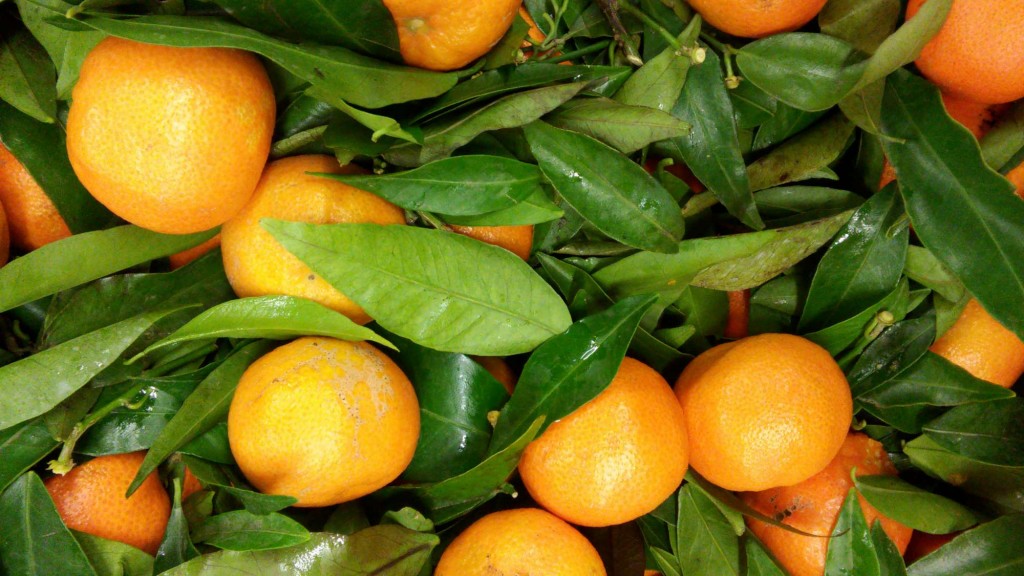 6. Free radicals and anti-oxidants
Another area of research is on the effect of harmful substances called free radicals, which are produced in the human body both by normal metabolic processes or by adverse situations such as cigarette smoking, air pollutants, and industrial chemicals. Free radical reactions produce progressive adverse changes that accumulate with age throughout the body. But free radicals don’t just cause ageing. Cancer and arterioosclerosis are “free radical” diseases, and it seems that free radicals can directly cause tumour formation. The mechanism is the same for both: ageing is caused principally by accumulated damage to DNA, and cancer is also the result of uncontrollable cell proliferation caused by DNA damage. How does the body fight free radicals? Using anti-oxidants, some of which are produced by the body, and others that are taken in with food. A deficiency in anti-oxidants produces oxidative stress, which is now thought to contribute to all inflammatory diseases such as arthritis, heart diseases and stroke, neurological diseases such as Alzheimer’s and Parkinson’s disease, and many others. Familiar antioxidants include B-carotene, which helps protect the skin from cancer and also reduces the effect of carcinogens on the liver. Vitamin C also seems to help prevent cancer in part through its antioxidant effects. Vitamin E is another important antioxidant that increases immune resistance and helps fight the proliferation of cancer cells. The conclusion is that quality of life and even life span can be improved by taking in enough antioxidants in the diet. Where do you find them? Raw fruit and veg. Algae, apple, beetroot (raw), berries, brassica, broccoli, carrots, cherries, cinnamon, citrus fruits, curcuma (tumeric), garlic, ginger, green tea, legumes, mango, olives, onion, plums, potato, red peppers, spinach, tomatoes and others. All these foods are like a natural pharmacy. Their active ingredients include sulforaphane, indole-3-carbinol, B-carotene, lycopene and flavonoids. 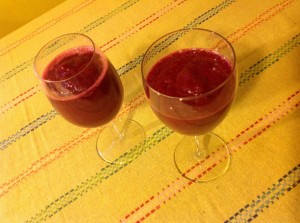 If you’re well, a great way to help the body stay well, young and active is to ensure it has the microelements and oxidants it needs to deal with the metabolic stress of everyday life. I think at a great start to the day is a fresh juice made by peeling a carrot, half a raw beetroot, an orange, a kiwi, half a banana, and whatever else I have in the fridge, whether fresh ginger, a bit of red pepper, or some broccoli, and chucking it all into the liquidizer. The resulting juice is very thick (because it has everything, fibre and all) and pretty tasty. I have noticed a positive difference in my energy levels and general well-being since I started this habit. Then top up with more minerals, micro-elements and anti-oxidants with salad and fresh fruit at lunch and dinner.

8. Help during serious disease
If things go wrong and you develop something like cancer, one thing that seems to help in the fight against the disease is by changing diet. That generally means vastly increasing the proportion of raw fruit and vegetables in the daily food intake. There are conflicting statistics here, but one piece of information I found particularly striking: if you consider all the cases of spontaneous remission of cancer, about two thirds were accompanied by a radical change in diet. Juicing regimes such as the Gerson diet are based on the idea that cancer cells have a metabolic rate that is four times higher than normal cells, and so need more glucose, and that cancer cells suffer from an antioxidant-rich environment. So a diet in which peaks in blood sugar levels are controlled by eliminating the intake of sugars and by reducing the intake of carbohydrates and fats, helps starve the cancer cells, while at the same time, the antioxidants from fruit and veg help fight cancer cell proliferation directly. 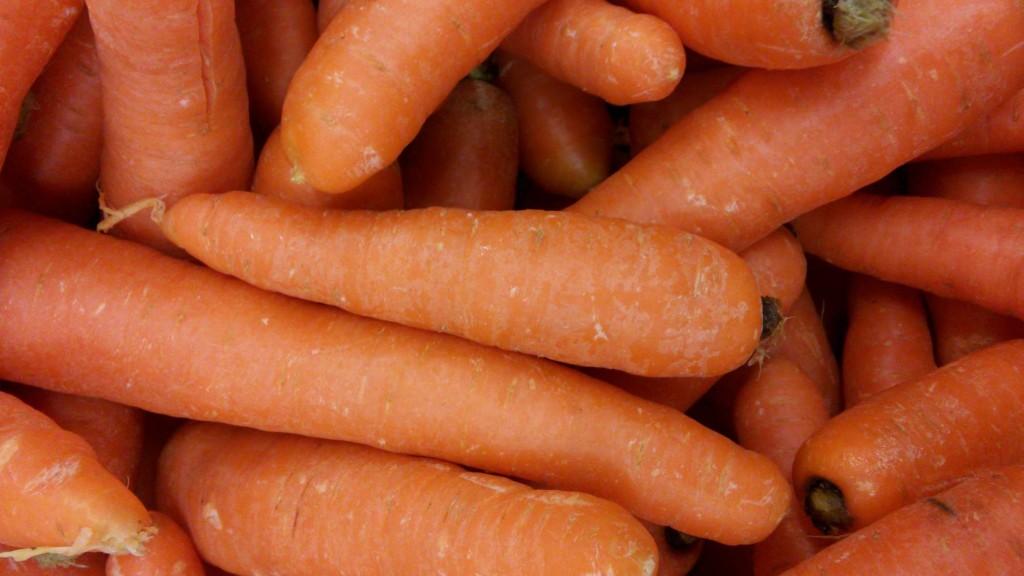 9. Nature’s colour code
The really useful fruits and vegetables useful for maintaining good health or combating disease are often strongly coloured, because the effective molecules are pigments or linked to pigment. So, all you have to do is think about a balanced colour palette: red (raw beetroot, tomato, red pepper), orange (carrot, oranges), yellow (mango, ginger, tumeric), green (brassica, broccoli, kale), blue and violet (berries), and so forth. The really important ones seem to be brassica, carrots and raw red beetroot.

10. Back to the oceans
We have reached our position in the animal kingdom after millions of years of evolution that began in monocellular organisms in the oceans. From when we crawled out of the waves and onto dry land, the conditions of the ecosystem have continued to change, and some substances have gradually been leached out of the land back into the oceans. One example is iodine, which is present at very low levels in fruit and vegetables, and at far higher levels in marine algae. There are probably other substances that have suffered the same fate. This is why marine plants such as algae and kelp are one of the most promising frontiers for research on diseases such as cancer.

Animal welfare
The more you find out about animal food production, the more you realize that most farm animals – the meat we find in the supermarket – live badly and die badly. It’s an industry that creates untold suffering to animals that see, hear, think and love pretty much like us. It’s bizarre to think of the care that we lavish on our dogs and cats, and at the same time eat chicken or steak that are the end products of a horrendous story of ill-treatment. Leonardo da Vinci was a vegetarian because he couldn’t contemplate the killing of such wondrous beings just for the purpose of us eating them. That was five hundred years ago: today, the industry of animal-based food products has now become infinitely more horrifying. Reducing or eliminating the consumption of animals helps us stay healthy, helps our conscience, and helps our planet. 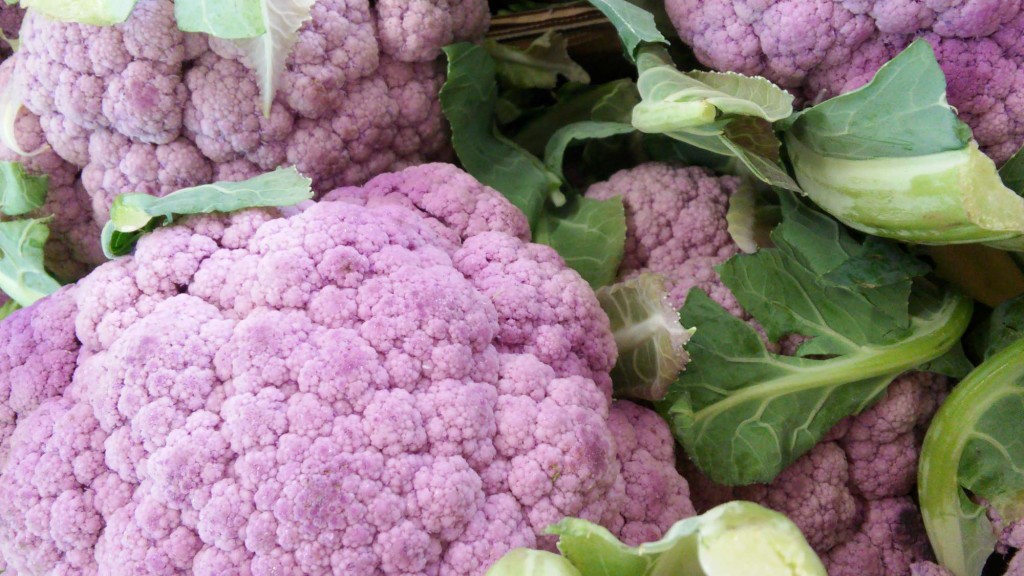