The flight to Mars is now boarding at gate 34…

A review of some of the projects designed to take ordinary people into space. This article was published in LUXOS Spain spring/summer 2014, before the crash of the Virgin Galactic SpaceShipTwo VSS Enterprise on 31 October 2014.

“Sooner or later, we must expand life beyond this green and blue ball—or go extinct.” Elon Musk has done a great deal to help preserve our planet, by developing sexy electric sports cars with Tesla, solar power technology, and concepts for hyper-efficient mass transport systems. But he is convinced that the human race should have a Plan B, in case of inadvertent destruction of our planet by an asteroid, a miniature black hole or a killer virus, and that this back-up plan could be by colonizing other planets, and in particular Mars.

In 2001, he had the idea of sending an experimental greenhouse to the red planet, containing a miniature ecosystem, but he soon realized that he faced a problem: the lack of viable interplanetary commuter rockets. In 2002 he founded SpaceX, Space Exploration Technologies, to solve the problem. The company won commissions from NASA, and in 2012 its Dragon spacecraft successfully docked with the International Space Station (ISS). The stage is set for manned trips to ISS, and SpaceX has won many other contracts for the launch of satellites and other space missions, principally by virtue of its ability to provide a low price-per-payload ratio. One of the features of SpaceX’s approach is its vertical take-off, vertical landing system that reduces payload but greatly reduces total costs, making commercial space flight more competitive.

“If you can reduce the cost of a flight to Mars to around half a million dollars, I think enough people would buy a ticket and would move to Mars to be part of creating a new planet, part of a founding team for a new civilization. Even if just one in a million people decided to do that, that’s still 8,000 people. That’s the Mars business model.”

Richard Branson is working on sub-orbital space travel, with his company Virgin Galactic. “This will be a trip like no other. Our spacecraft have been designed so that each of our passengers will have the room and the freedom to enjoy the amazing sensation of weightlessness. Large panoramic windows will allow you to see clearly the curved earth over a hundred kilometres below, and the colours of the fragile atmosphere protecting our valuable planet,” said Branson. His project is based on a rocket, SpaceShip 2, with two pilots and six passengers, carried up to the height of 52 kilometres by a large jet plane, White Knight II. The carrier plane then releases the rocket, whose engines take it up to an altitude of 110 kilometres, therefore in space according to the conventional definition of where space begins, 100 kilometres up. The passengers can enjoy weightlessness for about 6 minutes before having to strap in again for the descent and landing. The whole flight, from take-off to landing, lasts about two and a half hours. Tickets are already on sale, and by June 2013 about 600 people had paid the $20,000 deposit on a total ticket price of $250,000. 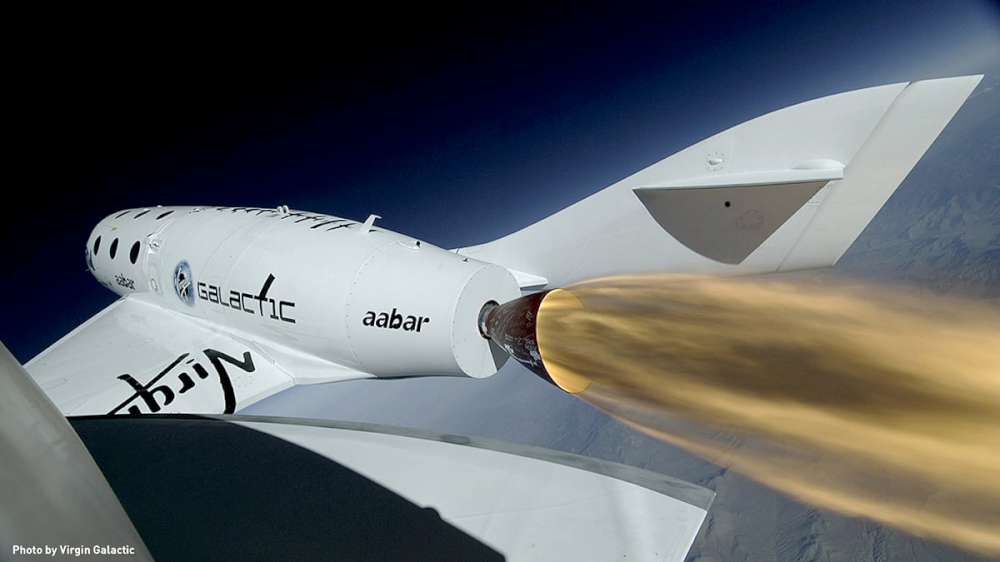 It will be an exciting ride. Brian Binnie, who piloted the X-prize-winning flight of SpaceShip 2, described the massive acceleration of the rocket after it detached from the mother ship, pinning him back into the seat, and the tremendous noise as the spaceship powered out of the atmosphere. Then suddenly, the dramatic and absolute silence of space. “At that point, it’s like someone has pulled back a stage curtain for your eyes only, and you’re looking at this black void of space,” said Binnie. It’s a mystery, but you get a sense of its majesty as well. There’s a panorama like you’ve never seen.”

Space XC is another company offering a brief taste of space, with flights in their Lynx Mark II spacecraft, in which there is just one passenger who flies alongside the pilot, and is in constant contact with the action. The cockpit canopy is generously sized for good views of space, and the Earth. Differently to the space shuttle and Virgin Galactic, there are no disposable carrier rockets, or mother ships. The Lynx Mark II is small, relatively light, and so takes off, ascends steeply, breaks the sound barrier after 58 seconds, and reaches Mach 2.9 after 3 minutes. The engines are switched off at an altitude of almost 60 kilometres, and the craft continues moving towards space on a parabolic course, reaching the 100 kilometre mark and remaining in space, weightless, for about five minutes. During the descent, there is a period of about 20 seconds when you will experience 4G, during a pullout manoeuvre to reduce speed. After this, there is a leisurely glide back down to the spaceport in Curaçao or Mojave. The whole flight lasts about an hour. Space XC say that the spacecraft is environmentally friendly, built of lightweight materials and powered by bio-fuels. The rocket engines are designed for over 5,000 flights. Safety is enhanced by the fact that the pilot can turn the rocket engine on again even during the gliding phase of the flight. Tickets cost $100,000, with flights to the 100-kilometre mark planned from late 2015. 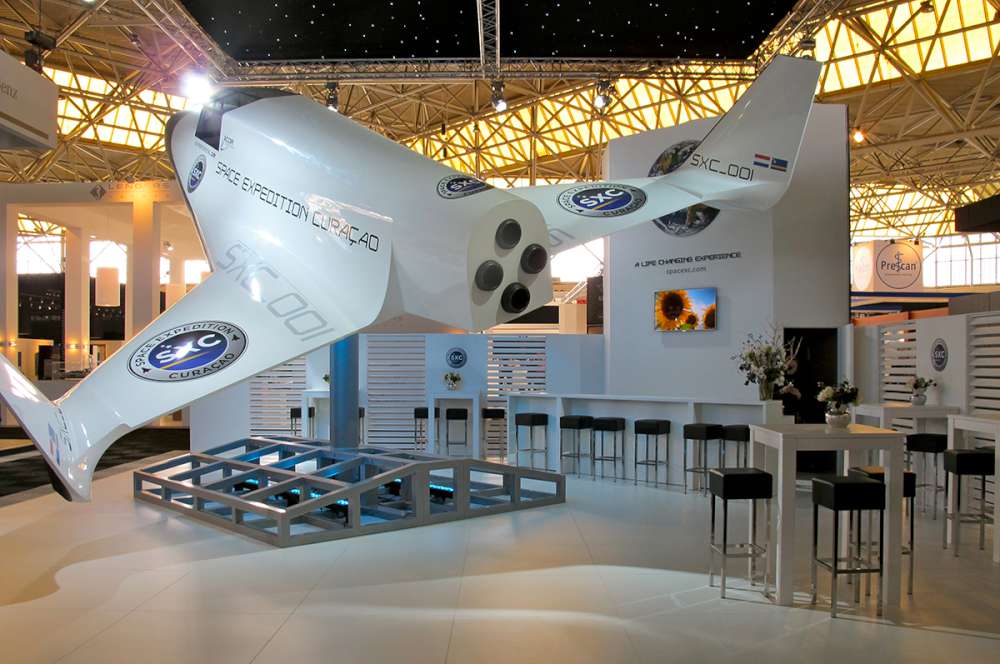 There will be a cheaper option to get this privileged view of our planet. World View is working on the idea of using a massive helium balloon to take a capsule gently upwards. No special training is required, and, in the stylishly-appointed capsule for six passengers, you’ll reach the altitude of about 30 kilometres. So technically you’re not in space, and you won’t experience weightlessness, but you’re at the top of the atmosphere, and you’ll see the curvature of the earth, like Felix Baumgartner did in his epic balloon-jump. After a couple of hours, the pilot vents some helium from the balloon, which begins a slow descent. The balloon is then released, and a parawing takes the capsule back down, with a landing on skids. Flights are planned from 2016, at a price of $75,000. 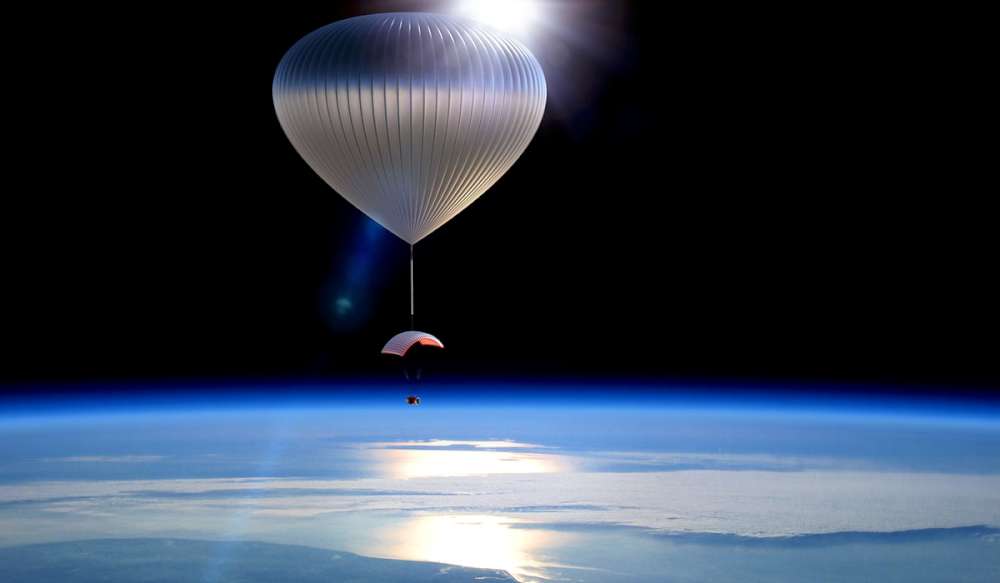 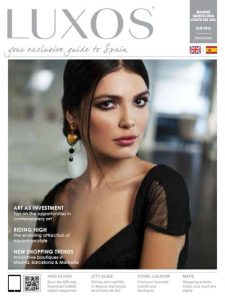 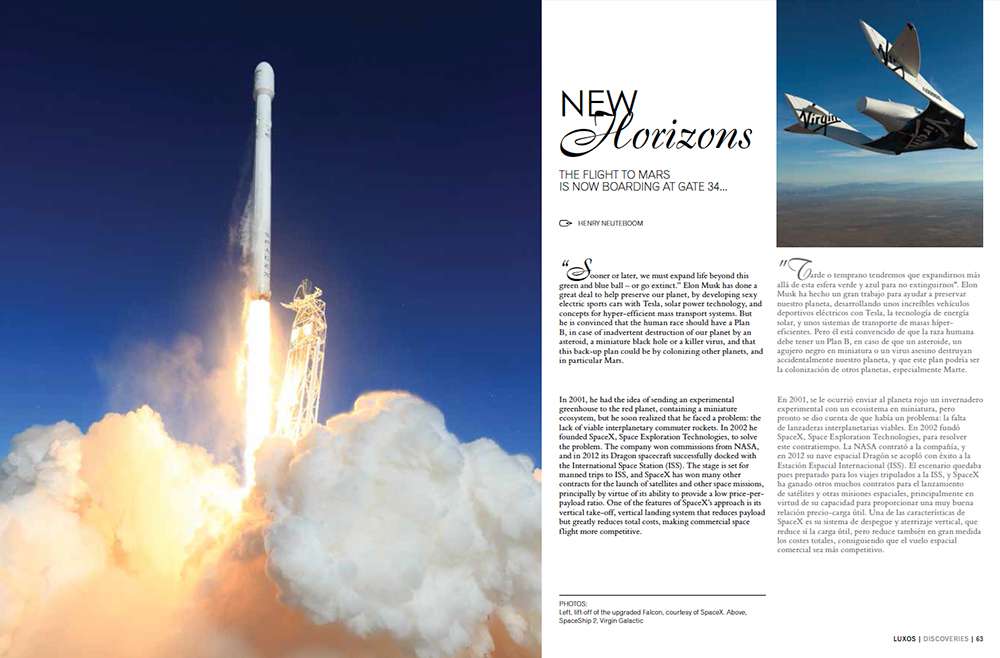