An executive jet seems like something totally inaccessible for most people. But in actual fact there are some companies who run fleets of small jets providing interesting transport solutions for a variety of users. I was lucky enough to be able to try out this personalised form of of transport, on a trip from Linate airport in Milan to the Cannes Yachting Festival. The Cessna Citation Mustang operated by GlobeAir transports just four passengers, and its reduced size means that it can take off and land in some of the smallest airports, inaccessible to airliners. This more human dimension of air transport began at Linate airport where the Commander and Co-Pilot came to meet us in the building and took us to the aircraft. Soon we were climbing through the cloud towards the sunshine. After we had levelled out, the Commander turned to us and asked us if we wanted some coffee. For a man, the idea of being flown by a beautiful woman is like something out of James Bond movies, but in this case it was really happening to me. I was fascinated by everything that was going on in the cockpit just a few feet away, with Ana Borges dedicating constant attention to the controls and the avionic screens. I couldn’t resist the temptation of asking her a few questions about her life as a pilot. 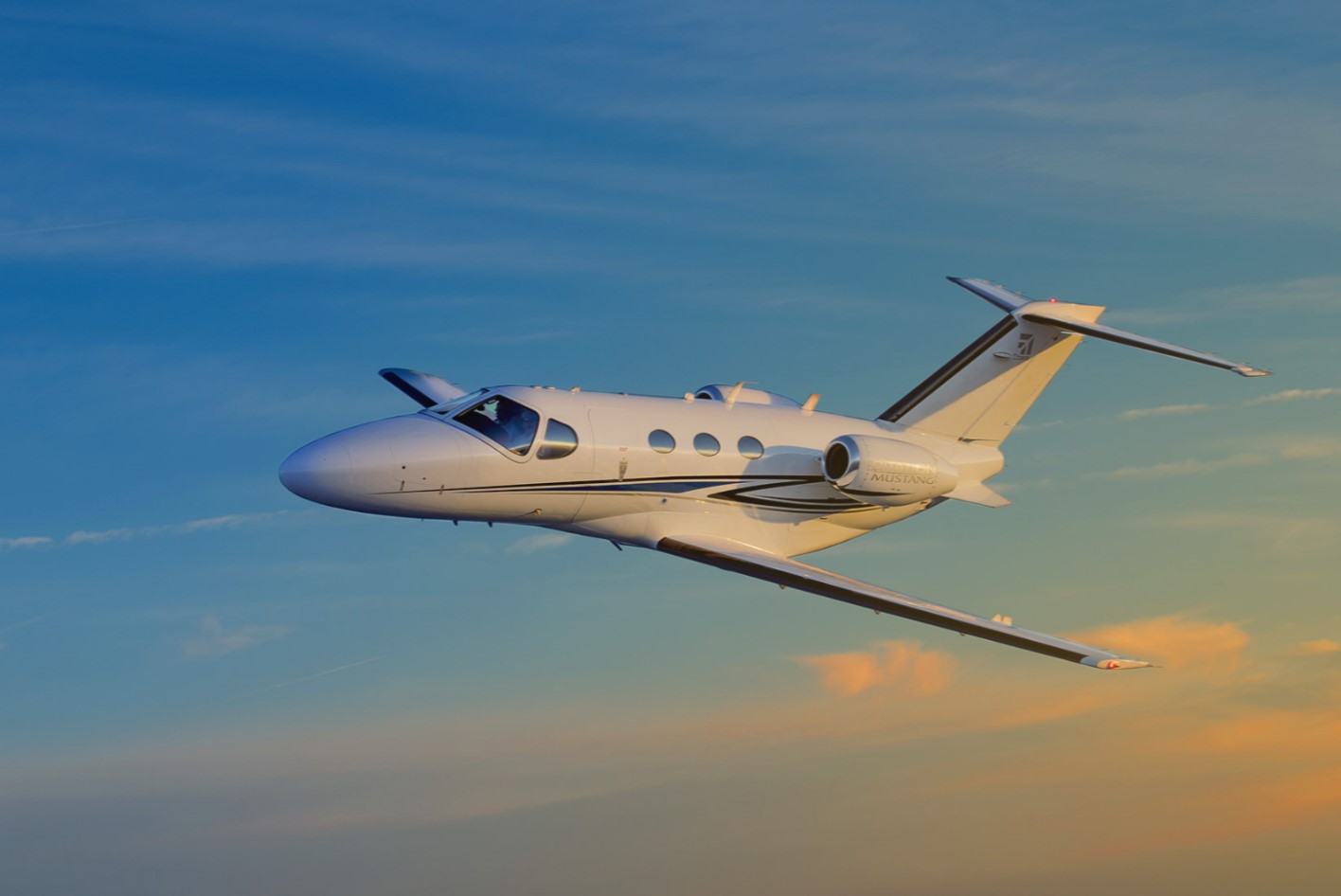 Ana’s passion for flying began when she was very small. Her father was an aircraft technician at TAP Portugal, and he often took her to the maintenance hangars and showed her all the parts of the aeroplanes on which he was working, and she was fascinated. At the age of 17 Ana tried to join the Portuguese Air Force without success. So she studied engineering at university and began taking lessons for a Private Pilot’s Licence. That was just the start of a gruelling career path. I asked Anna about the difficulties of being a female commander.

“Being a commander is very challenging, both for men and women: there are a lot of responsibilities. For women it’s a bit more demanding, as I feel that we need to prove more than men to achieve the same goals and to see our professionalism and skills recognized. Fortunately, things are changing and now I’m in a company that respects women and men equally, and that is fighting to change the industry’s mentality. Last year our CEO, Bernhard Fragner, made one of his dreams came true: having a full female crew operating some of our flights. At GlobeAir there are now five female pilots and, in particular one of the commanders, Léa Thierry, apart from being an amazing colleague and inspiration, also holds the title of Line Training Commander and Safety Manager.” 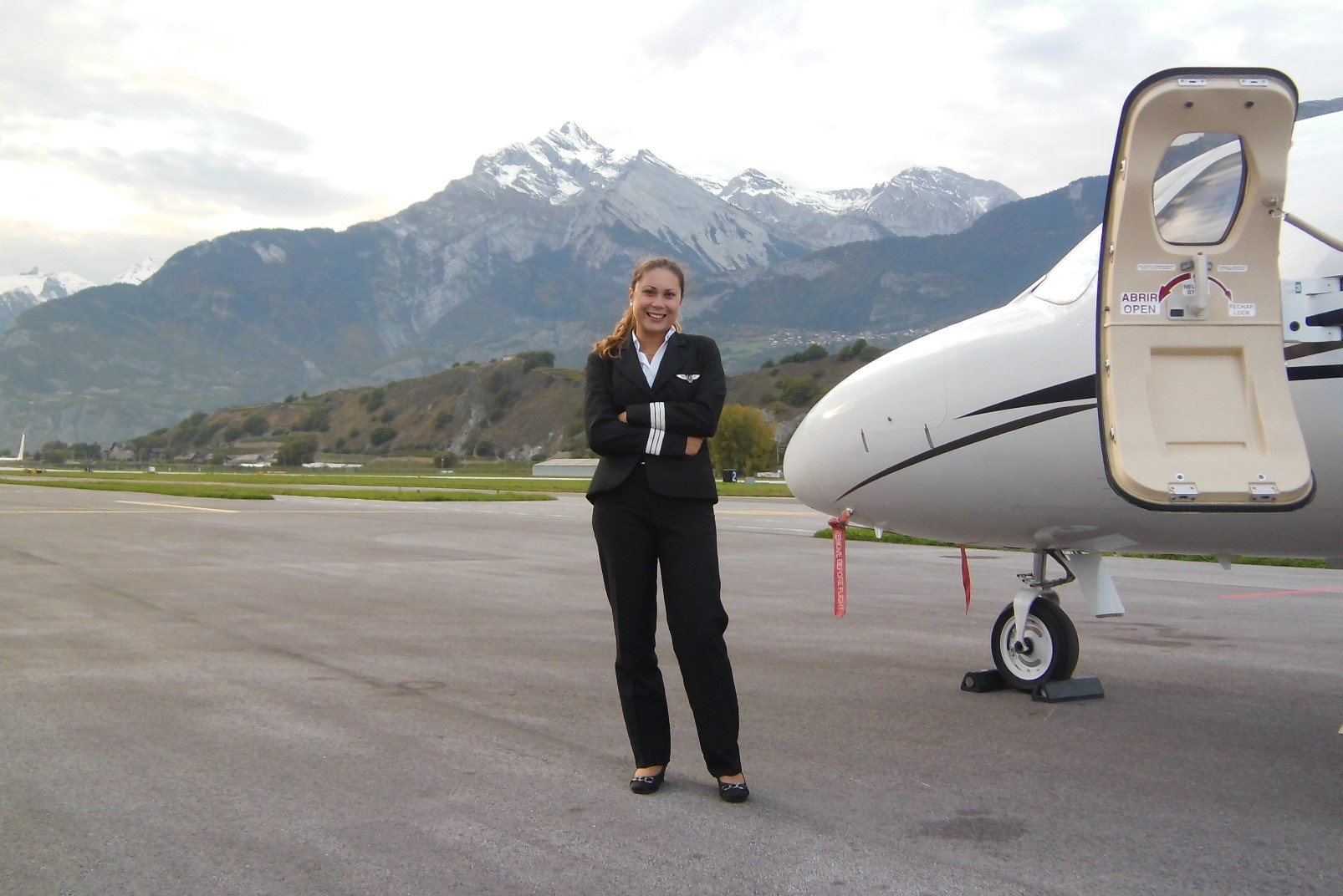 Flying along the south coast of Italy and France, the views were amazing. There was a strong Mistral blowing and the sunlight glinted off the waves. The plane seemed to move around a bit more than a big airliner. I asked her about the pleasure of flying this sort of plane.

“The Mustang is a compact jet. I think everyone dreams of flying the big jets, but I always wanted to fly in business aviation, which gives us the chance to fly to many different places and the opportunity to enjoy the pleasure of hand flying more often. And our destinations include some really interesting places, Zeltweg and Egelsbach in Germany, Lugano, Bolzano, Innsbruck, Samedan and Sion in the Alps, London City, Cannes and Le Castellet in France, to name just a few.” 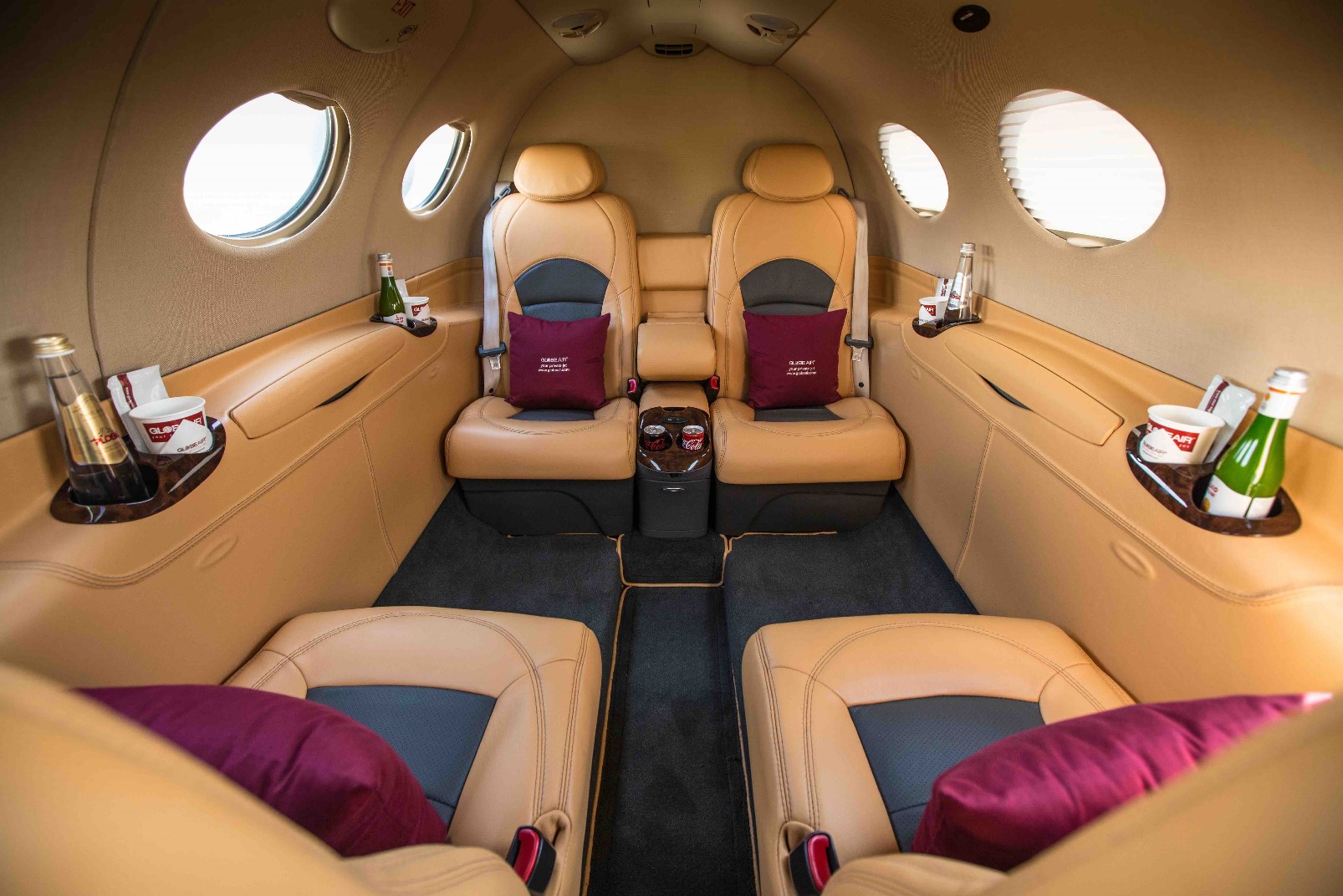 It sounds like a glamorous life, I said. Ana replied, “There’s nothing glamorous about my life. Generally, we have a very busy schedule and a lot of responsibility, constant training and assessment, and we’re away from home a lot. It is a very tiring job. But it also means a dream come true: you can turn your passion into your profession.” The approach down to Cannes Airport was very exciting. The aircraft seemed to be yawing from side to side in the strong wind, but Ana had everything under control and after a perfect landing, soon we were taxiing towards the airport building. I had time to ask Anna just one last question. What are the main reasons why passengers choose a private jet?

“I think most of our passengers, business executives and entrepreneurs, value our service for the time-savings and flexibility that a flight operated on demand can offer. Our air taxi service works more or less like a luxury taxi. The entire process, from booking to take off, is very smooth. Travellers can book their jet in seconds on our website or via our 24/7 Customer Care service, and in a few hours an aircraft will be ready for take-off from their preferred airport. With 16 Citation Mustang jets, GlobeAir is able to position one of its aircrafts with very short notice anywhere in Europe, connecting more than 1,500 airports. Upon arrival, we can wait for their meeting to end and take them back and, within a certain margin, we can adjust the departure time, and even change the destination if necessary.”