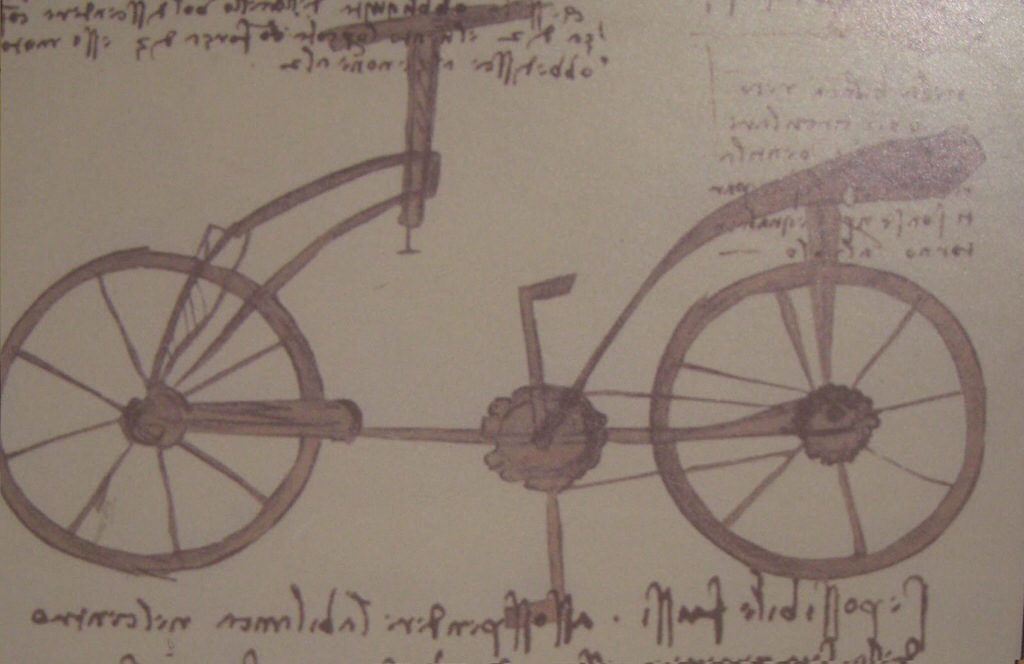 It has its down sides. When you get to the office, you need to freshen up and perhaps put on the fresh shirt that you’ve brought with you in your bag. Your bag has to be a backpack. You’ll get a few bumps and grazes over the years. But all considered, you’re better off cycling. Here are my top ten reasons why.

1. You feel better and get fitter. This is obvious, of course. After a few months, your heart rate at rest will have dropped from the normal 72 to about 60. This is something that I find amazing, that the ancients chose a measure of time that corresponds exactly to the heart rate of a fairly fit individual. If you’re in a city, you’ll be inhaling car fumes and stuff, but learn to breathe in through your nose and you’ll filter out the worst. And doctors say that the benefits far outweigh the risks caused by pollution.

2. The bicycle replaces a psychotherapist. If you’ve had a rough day in the office and you’re enraged with your boss and your adrenaline is racing, after half an hour’s vigorous pedalling you’ll get home and nothing of that rage will be left.

3. Repairs and maintenance are cheap. I am an ex-car-owner, and one of the things that I love about going to the bike repair shop is that changing the tyres costs just a few euros instead of the hundreds that the car used to cost.

4. You are riding the most efficient machine in the world. A bicycle is the most efficient way of converting human energy into motion: it’s four times more efficient than running or walking. And of course it is incomparably more efficient than cars, buses, aircraft, even trains. 96% of the force that you apply to the pedals is converted into propulsive energy, and the only thing that keeps your speed down is the air resistance that increases more rapidly as speed goes up: it’s proportional to the square of your speed. A fairly fit person on a bike, using his or her own muscles, can beat Usain Bolt, using his muscles (without a bike). A hundred calories can power a man on a bike for 5 km; the same energy will propel a car for 85 metres. A bicycle is about 58 times more efficient than a car.

5. You discover eye contact with drivers. It’s always a nerve-racking moment when you’re on the road or a roundabout, and you’re wondering whether that other car speeding towards you is going to stop at the stop sign. That’s when you appreciate the eye-contact. It’s something you get on a bike more than in a car because there’s one less windscreen.

6. Parking. In a city, using a bicycle can be much quicker than a car just because you don’t have t spend ages looking for a parking space. This makes it easier to stop off and take a look at a shop window or a museum or anything else that catches your eye.

7. A bicycle replaces those little blue pills. This is for you guys: I know you don’t have any problems in this area, but people who do would well to take up biking, because with all the extra bloodflow in the inguinal region, the need to pop Viagra will soon be a thing of the past.

8. You’re part of the real outside world. If it’s daytime, you see the hemisphere of the sky, the clouds, you feel the breeze and the scents of plants, shrubs and trees with the changing seasons. At night, you are under the stars and bathed in moonlight. In winter, you can enjoy the incredible silence of a white world, and cycle enchanted through a falling cloud of scintillating crystal flakes that have become dislodged from a branch caressed by the wind.

9. You’re doing your bit. This isn’t something that I think about, but on a bike you’re more eco-friendly. No fumes, no oil burnt. Sorry, but there can’t be much that’s more stupid than transporting half a ton of metal just to carry one person from one part of the city to another.

10. A healthy tan. Even in winter, people in the office are envious. “Where did you get that tan?”

This error message is only visible to WordPress admins